As Einstein never once said: ‘with new innovation comes new bullshit jargon’. For over 100 years incandescent light bulbs ruled supreme, and brightening the offices and studios of our most popular figures of the 20th century. But now, heating up a tungsten wire in a vacuum isn’t the only way we use electricity to emit light, now there’s LEDs energy saving CLFs, fluorescent (you know, like those fluorescent tube lights they used to hit each other with on Jackass), halogens and probably some more, who knows. And with these new light sources comes new phrases ‘color temperature’, ‘warm white’, ‘cool white’ etc. You have probably noticed those annoying blue-like super bright LEDs that some new cars have, as they blind you driving past… Those use a bulb which has a ‘cool light’.

This means, as consumers, we have way more choice in how to brighten and color our living space, it also means some research on what type of light would work best in which situation would be useful. And, that is the mission statement for our article here! By the end of the article you will know how many lumens you would want a bathroom to be, and how to check how many Kelvins are appropriate for the main rooms in your home. 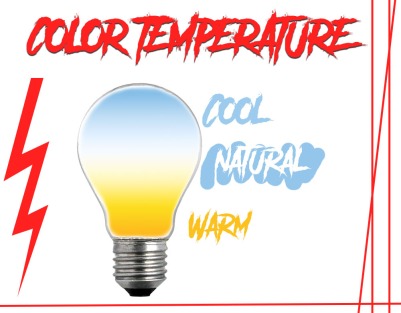 First we’ll briefly cover brightness, then we’ll move onto how the light color looks. Brightness will be on your light bulb packaging, and is measured in lumens, that is all you really need to know about brightness, it is pretty self explanatory. The below lumen sugestions have been appropriated from House Logic.com and are a good guide to not overlighting, or under lighting certain rooms, the source of the figures is linked below.

It should be noted that there seems to be some crossover and ambiguity with the terms when reading about color temperature, for example ‘cool white’ ‘neutral white’ ‘daylight’ seem to be used interchangeably sometimes, we found when researching the topic, but remember, the Kelvins never lie! So use the Kelvins more, and take the other phrases with a pinch of salt. So if you get the principal of Kelvins down you will be able to expertly light you man cave or bachelor pad without the attached jargon.

If you have one of those ceiling spotlights, in a living room, for example and one of the three light bulbs blows, you may be able to get the same looking light at the shop, but if it has slightly different Kelvins it can have a jarring effect, so understanding the Kelvin of you light is vital for arranging your living space.

Following on from the above, as a quick visual comparison, a normal candal will emit about 1000k in color temperature, and a blue sky will be about 10,000k. The below example is a perfect illustration of color temperature, with the relevant Kelvins lighted. You can clearly see the transition from lower Kelvins in yellow, to the more neutral colors, and bllue colored lights, at the higher end of the Kelvin number.

Here is another useful diagram of Kelvins, with daylight on the left, cool white in the middle, and warm white on the right, note how blue tinged the daylight is, and how yellow tinged the warm light is.

One of the most common color temperatures to find in homes is the relaxing, yellow- warm lights. This is the classic irredescent light bulb color you will be familiar with. The easy on the eyes yellow tint suits rooms which are meant for relaxing, for example living rooms and bedrooms. If a light has a yellow tint, it is a probably a ‘warm white’ light bulb. It is not a hard and fast rule that living rooms are always lighted with warm white light, however, as daylight is also a popular Kelvin for living rooms.

White lights are often used in waiting rooms and offices, whilst cool white, which have almost no yellow tinge are typical for kitchens and bathrooms. Cool white works so well in bathrooms and kitchens as the lack of yellow tinge means that there is no color being casted in the room, therfore when applying makeup or cleaning your face or brushing your teeth, for example, you will get a clearer, untainted view. The are also often used as outdoor lighting.

As the name suggests, daylight replicates the same color of light from a normal overcast day outside, which is a very slightly blueish and white light. These are often used in retail stores. You can use daylight bulbs pretty much anywhere in the house, but they work particularly well in areas which are partly lighted by a window, but need some extra light. Also useful for kitchens and bathrooms, for similar reasons to why cool white is useful in these rooms. If you use daylight bulbs to light most of your rooms, you would probably need to grab some accent lighting which have warm light tones to creat a nice relaxed mood in the room when you need to. Check out our tripod floor lamps for some accent lighting inspiration.

Hopefully this article has given you some idea on how to lighten your male living space, man cave, actual cave, or bachelor pad! Thanks for reading! 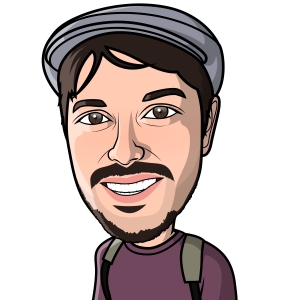